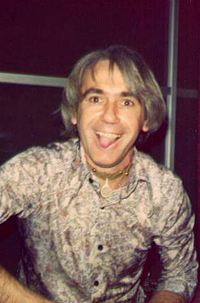 As a child I grew up watching and participating in an innovative math teaching program developed by my father, Professor Emeritus Robert W. Stringall Ph.D. Due to his success we were popular, and as a result I easily worked through algebra-geometry-trigonometry-calculus classes with the highest marks. My father’s teaching abilities were well known in certain circles and he was respected to the point of adulation.  I travelled back to California to interview him about his program and the phenomena surrounding it. (I did not edit his language so excuse non PC words or phrases.)

RS:  In the late 1960’s, The Field Foundation had given Professor Barankin at UC Berkeley, a money grant to do something about the lack of Afro-American students in the University of California system in general. He wrote it into the grant that he could recruit from other campuses but didn’t clearly understand the problem. So he sent a flier to the UC campuses looking for someone to go to Birmingham to figure out why all the UC students were white.  No-one answered the flier but me.

So I went to Birmingham and almost got killed by the KKK because I was white, had a beard and was there in the first place. The first time I went and stayed in a Holiday Inn and was sitting at the bar drinking a beer, ready to go to bed and this guy befriended me who knew quite a bit about the West Coast. The conversation ended with me running through the motel screaming, “Don’t give them my room number!” Within minutes they were pounding on the door.

The next trip I looked for a room to rent for 30 days and again, I had this beard. I knocked on the door and the landlady wasn’t going to give me a room but I sweet talked her.  She told me about her son-in-law, who was a Klan member, and within a week someone had gone through my briefcase. I lied and told her I was visiting plural colleges for recruitment, not just one black college. I had met a friend there, Bob Bailey – an English teacher from Harvard – and I had borrowed his car, which had an anti-Vietnam sticker on it. She announced that I was having a ‘meeting’ with her son-in-law and his friends and I was packed and out of the door in three minutes and went to stay at Bob Bailey’s house. He lived on the edge of Birmingham Southern College and he found a car full of radio equipment down the hill from his house, he was under surveillance. Bob made the front page of the Klan paper every time as he was a white man working in a black college, a no-no in those days.

I’d stand on the corner talking to a black person and there would be a traffic jam from people laying on their horns in protest. It was too dangerous; Birmingham was deep into the civil rights problem at the time. Miles College, the black college, was at the center of the ‘sitting at the back of the bus protest’. The 3-4 block campus was surrounded by a cyclone fence with barbed wire. Birmingham was zoned for color; this block for white, this block for black, a white friend could not go into a black house. Everyone was really frightened; all the white women carried guns for fear of being attacked. Miles College had dingy barracks like classrooms, but the chancellor had a huge mansion in the center. He justified it by saying that the Negroes needed something to look up to. I do have to give him credit though, he stomped the ground to get money to keep the college running. It’s probably true that having somebody to look up to is important for oppressed people. However, I only found one student in Birmingham that could go to UC, everyone else read at the fourth grade level. *Note, my father had a wry sense of humour, so his comment on ‘somebody to look up to’ is further explained with the comment about education performance. He could be quite sarcastic at times.

At this time the SEED program (Special Elementary Education for the Disadvantaged) created by William Johntz in Berkeley wanted similar results as the Field Foundation, so I made the transition by asking; why do I have to go to Birmingham to recruit when we have the same problems over here in Del Paso Heights, CA?  So I started it here.

CS:  What was innovative about the program?

RS:  The students developed the math themselves; it was a self-concept program for minorities, knowing advanced math gave the children esteem (raised their level of self esteem).

CS:  But why was there so much excitement? 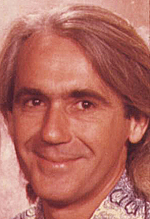 RS:  Because it seemed to work.

CS:  What was the novel way of teaching?

RS:  Questioning.  To introduce a subject we designed a set of questions intended towards a goal or direction, so we’d ask questions.

CS:  How does that differ from regular math?

RS:  We changed or introduced math via a different conceptual framework, calling multiplication ‘many add’ for example. During the questioning process the children developed new operations and would follow those operations and ask questions.

CS:  So essentially they would start thinking differently.

RS:  Yeah, we weren’t trying to shove it down their throats. So you could say they were taking creative control and by doing so, they started thinking about the operations.

This is “Johnny’s Operation” then we’d make up questions to modify the operation. So as a result they would go home and say, “This is my operation”, something the parents and teachers didn’t understand but the kids DID.

A typical day would be going to a totally disrupted classroom where the teacher had a gun in his desk and kids with dirty clothes and different colored socks, if they had socks at all. They just didn’t care. So to use mathematics was important because there was so much esteem associated with mathematics in school, the children changed.

CS:  What happened with the teachers?

RS:  There was some resistance to change, the teachers weren’t well educated and didn’t know the math. Some teachers tried to do it for themselves and were a success, most weren’t. We had people getting a PhD doing this. Visitors would come to class and we would do the math and they would see the students chomping at the bit to answer questions. The kids loved the attention. We told them we were Mathematicians, it was a big deal and they got positive strokes from everyone because they were better at math then their teachers and parents.

Initially students couldn’t think creatively. They were never taught to ask questions, which to me is the most important quality of creative thought.

CS:  How did you get them to ask questions?

RS:  By being a role model. When the kids came to school with different colored socks they must have asked a question overtly or covertly.

CS:  You were idolized by your Math Education students; I had professors from the Education Department at UC Davis mention your name with great respect.

RS:  I would look at my class of Education students and there would be very little creative thought coming from them. So I decided they needed a shake-up and I would do my mythology-chaos theory thing, which took two lectures. I would show them something really close to their mind that they didn’t know anything about. For example, having them look at the stars and changing the order of the natural numbers. This is an important mathematical concept because when you study number systems being able to order them differently is necessary. To ask “what’s the order”, not to state “the order is”, was most important. Many people from those classes went into computer programming.

CS:  I remember well those times, the sense of excitement and exploration seems unparalleled. So how did you learn questioning?

RS:  I was doing it all my life. When I was a kid I would tear things apart. I got so good at it that I could describe the insides of an engine without ever seeing one.

CS:  Thanks dad, for letting me put this down for posterity and for setting up the same type of learning environment for me as a child. I will never forget those d 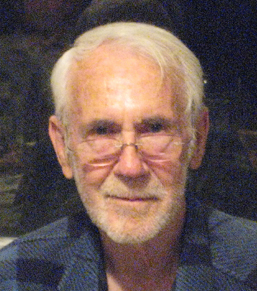 ays and the respect given to you for thinking and educating creatively.

*During the 1960s the Department of Mathematics dramatically increased in size, from 12 faculty members (with only two full professors) in 1958 to 33 by 1970. At the end of the 1960s, Robert W. Stringall, with some input from Sherman K. Stein, started the federally funded SEED program, which involved the innovative teaching of advanced mathematics (e.g., calculus) to elementary school students, especially minorities. The Master of Arts in Teaching (M.A.T.) program was launched in the early 1970s to produce mathematics teachers with strong pedagogical backgrounds.

For more information on the SEED program.

Many thanks to Kathleen Holder for her wonderful obituary in the University of California at Davis Dateline Magazine.